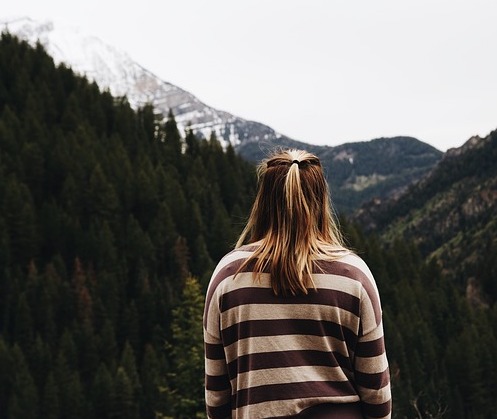 In our previous post, we discussed the idea of self-limiting beliefs—negative things we come to believe about ourselves that can cap, squelch or even sabotage our own success—both in our careers and in our personal lives. (If you’re just joining us, please read the last post to come up to speed.) We need to address these self-limiting beliefs because we act on what we believe. If you believe you won’t succeed, you won’t—and not only that, but if that belief is exceptionally strong, you’ll even subconsciously throw roadblocks in your own way to thwart your own success.

In the last post, I also asked you to come up with a list identifying some of your own self-limiting beliefs. Let’s now explore how we can methodically challenge and potentially reverse these beliefs. You can find self-help books addressing this topic in detail, and they each tend to use their own terminologies—but taken together, most of them boil the process down to the four or five similar steps. My own summary of the process is below.

You’ve hopefully already completed this step in the previous post by making your list. If not, I encourage you to stop here and do so.

Try to think back to when you first began to believe this negative thing about yourself. The journey backwards may go all the way back to a moment in childhood. What happened? What were the circumstances that led to that belief? What has happened since that reinforced that belief for you? Put the belief into context.\

In virtually every case, self-limiting beliefs are false. They’re built upon some incorrect assumption that your mind has glorified to become gospel truth. When that kid told you that you were ugly at age 8, for example, it wasn’t true. He said that to feel better about his own brokenness, and it really had nothing to do with you. Despite every bit of evidence you’ve accumulated in your own mind to confirm that self-limiting belief, there’s plenty of other evidence that it’s not true that you’ve conveniently forgotten. Start scanning your past for that missing evidence. Look back in your memory at the starting point of that belief. What false assumptions did you assume were true back then? Recall moments from your own experience that actually fly in the face of that belief. For example, if you believe nothing will work out for you, try to recall several instances where something did work for you, no matter how small or seemingly insignificant. If that belief isn’t true all the time, it isn’t true at all. Statistically speaking, I guarantee you that you’ve got stuff in your history that demonstrates that belief of yours is not true all the time. Dig into your past and find those moments, then use those instances to challenge your own existing belief.

Once you’ve identified the lie, it’s time to replace it with the truth. Just as you identified the self-limiting belief and put it in sentence form, create a new sentence or two that identifies the new belief. You may not be ready for a complete reversal yet—if so, just open the door for change. It may be as simple as changing one or two words from your original statement. If your self-limiting belief is “I’ll never be good enough,” for example, you might not be ready for “I’m damn straight good enough.” However, you are now probably ready to accept “I’m not good enough yet.” At least this opens the door for the possibility that you can become good enough, and it begins the reversal process. Eventually, you’ll be able to change it to “I am good enough.”

Other beliefs may be easier to reverse. For example, if you said, “Taking risks never works for me,” and you found some instances in your past where a risk actually paid off, that may be enough for you to eliminate that belief altogether. “Taking risks doesn’t work for me sometimes, but other times they do.” (In other words, you’ve got the same odds statistically as the next fellow. Bad luck doesn’t really follow you around.)

One more quick point: You may have to be intentional for a while in replacing that bad belief with a better one; after all, you’ve believed the wrong thing for some time. So make a point of purposefully reminding yourself of the new belief. Speak it out loud when you look in the mirror. Write it on a note card and put it by your computer. Remind yourself on purpose numerous times a day. It sounds cheesy, but it works.

Now comes the hard part. (Oh, no, that other stuff wasn’t the hard part.) You must now purposely start acting like your new belief is true. Depending on how strong your limiting belief was, this may be akin to facing your greatest fear. But ultimately your success doesn’t come by believing alone—it comes by acting on what you believe. Start acting like you’re good-looking enough or smart enough when you get around people, no matter how self-conscious you may feel at the moment. Act with confidence at that job interview, even though you might not feel confident just yet. As things begin to work out in your favor—and they will, if you keep at it—this process will become less and less awkward as you begin to be more comfortable in these new, positive beliefs.

One last tip before we leave this topic: It’s okay to address your self-limiting beliefs one at a time. In fact, it’s probably not a good idea to tackle all of them at once. Try starting with the one belief that is either the most critical to your success or the one that you think will be easiest to reverse, and just get started. As you master one, pick another one on your list. Over time, you’ll begin to see your life changing for the better, your outlook will improve, you’ll experience more victories, you’ll land that job, you’ll start that business.

Whatever success looks like for you, it’s in your reach. The first step is to believe it.